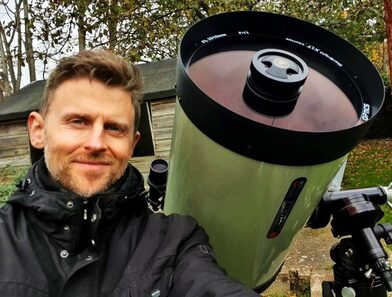 His images have featured in Astronomy Magazine, Sky & Telescope, Astronomy Now & The Sky at Night. He has also authored articles on astrophotography for these magazines. Peach has also been a co-author on several professional scientific papers on planetary astronomy and was one of only a few amateur astronomers to have work featured as part of the national Explorers of the Universe exhibition in 2007.

Peach's work has also been used by NASA and ESA to illustrate what ground based telescopes can achieve in photographing the planets, and the support they can provide to professional space probe missions.

In 2011 Peach won the Royal Greenwich Observatory astrophotographer of the year competition, and was a prize-winning finalist in 2012 - 2018. He also won 1st place in the National Science Foundation's Comet ISON photo competition and his image of the comet was used by the media throughout the world during the comet's close approach to the Sun.

Peach has also appeared on BBC television, first appearing on the BBC's All Night Star Party program in 2003 where he imaged Mars live for the program. He has also appeared on BBC news and The Discovery Channel. Peach has also conducted many public talks to both amateur and professional organizations over the past 20 years. In 2015 he was made Honorary president of Adur Astronomical Society in the UK.

In 2017 he formed part of a small team of observers who used the famous Pic du Midi Observatory 1.06m telescope to obtain some of the most detailed ever ground based images of Jupiter and Saturn. The same year asteroid 27632 was re-named Damianpeach by the International Astronomical Union for his contributions to amateur astronomy. 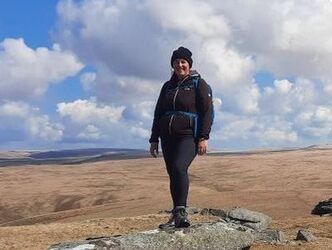 Carolyn Kennett FRAS is an astronomer and Fellow of the Royal Astronomical Society. Her research is within the field of the history of astronomy. She is particularly interested in how ancient communities connected to the night sky. Based in Cornwall, most of her practice focuses on the south west's ancient history and its links with astronomy. Cornwall has a rich astronomical heritage. Megalithic sites with links to astronomy are found throughout Cornwall, but primarily on; Bodmin Moor, West Penwith, the Lizard and also the nearby Isles of Scilly. Many of the sites within the area are linked to the solar and lunar cycles.

​Carolyn is a regular contributor to Astronomy Now and the Society for Popular Astronomy. Carolyn writes archaeoastronomycornwall.com

Ian Morison FRAS is an astronomer and astrophysicist who served as the 35th Gresham Professor of Astronomy.  Though a radio astronomer by profession, now in his 54th year at the Jodrell Bank Observatory of the University of Manchester, he has been a keen amateur optical astronomer since making his first simple telescope with lenses given to him by his optician when 11 or 12.  In 1990 he helped found the Macclesfield Astronomy Society of which he is now patron and he is a past president of the UK’s Society for Popular Astronomy,  now acting as its Instrument and Imaging Advisor.   He writes a regular ‘Telescope Topics’ column for ‘Popular Astronomy’ and has made many contributions to the ‘Sky at Night’ and ‘Astronomy Now’ magazines and has published several books. 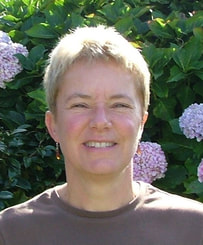 Dr Katharine Sawyer moved to the Isles of Scilly in 1999, having been a visitor here for a number of years previously, and started Scilly Walks in 2000, offering archaeological and historical guided walks, boat trips, slideshows and holidays.

​She has an MA in Archaeology and Anthropology from the University of Cambridge, where she specialised in the archaeology of the Neolithic and Bronze Age periods in Europe. She also has a PhD from the University of Exeter for her research on the Bronze Age entrance graves and cists of the Isles of Scilly.
From 2001 to 2019 she carried out historic building recording and archaeological monitoring during development at many sites in Scilly. She has been a Trustee of the Isles of Scilly Museum Association since 2004 and has organised the Isles of Scilly Community Archaeology Group since its inception in 2014.

​Mark Holmes is the Chairman and a founder member of High Legh Community Observatory. Mark officially opened the observatory on St Martin's in 2019, and can lay claim to inspiring us to take our ambitions for an observatory on the islands seriously.

Mark offers practical and holistic support to the COSMOS team, and has been a key figure in encouraging us to build a grassroots community of astronomers on the Isles of Scilly.
google-site-verification: google3ec41f1cafb1760d.html